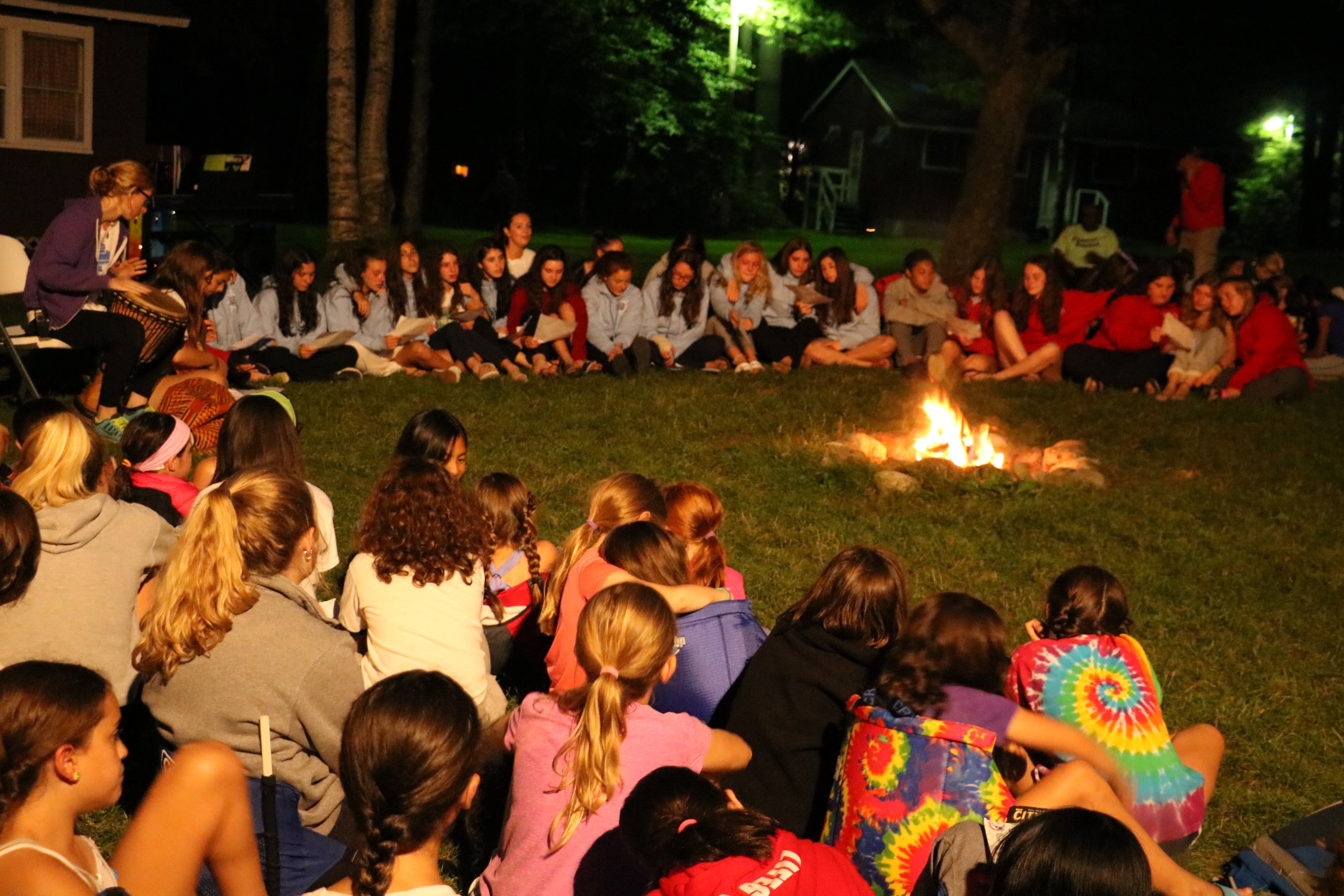 It’s so hard to believe that summer camp is actually coming to an end.  At Maine Camp Experience (MCE) Camps summer has been anything but lazy and the anticipation of the end of camp only brings a flurry of additional activities.  Whether it be completing summer goals, preparing for end-of-session shows, engaging in spirited camp-wide competitions or carrying on camp traditions, MCE campers are doing everything they can to make sure that every last second counts.

For many campers, this last week is a chance to complete summer-long art projects and goals.  Ceramics, stained glass, metalsmithing, jewelry-making, and wood shop studios are hopping as campers work to finish up summer-long art projects.  Campers are maxing out their free time on the slalom and ropes courses to earn their coveted “Big Air” and “Mighty Climber” achievement awards. Dress rehearsals are taking place for the summer theater productions, which are always a hit! Some campers are striving to finish running or swimming milestones before they finish their summer, or their camp careers, and some campers are using the skills they developed over the summer to attempt long water timed challenges like the “Whale” and “Mighty Mermaid”- a one-mile open-water swim.

Many MCE Camps use the last week to throw the entire camp into a camp-wide competition.  With many different names ranging from Color War to Olympics to Tribal Wars to College Days, these camp-wide competitions are eagerly anticipated all summer long. In fact, many camps will often tease campers with a “Fake Out” prior the real “Break Out” to fuel the fire and excitement.  Once the games begin, they take over camp and bring all campers and counselors together for one to seven days of competition in a variety of events ranging from athletics to goofy races to sing-offs of original and traditional camp songs to plaque creations. At camps that have a summer-long Color War, the final days of camp may be used for major competitions like the Swim Meet, Regatta, and Track and Field Meet. Fierce competition often culminates in an ice cream party for everyone to celebrate the great sportsmanship of all the teams.

Traditions also abound during these last few days of camp.  Many MCE camps have traditions that go back 50 to even 100+ years. One MCE Camp honors “the Ice Man” with a yearly ceremony for the opening and closing of their lake.  Another camp has a special ritual at the beginning and ending of the summer that ties back to their “Arch Ideals.”  Another camp honors their oldest campers with an “echo over the lake.”

There is often much pomp and circumstance surrounding the final banquet which often signals “the beginning of the end.”  Campers and staff either dress in uniform or nicer clothing and enjoy a banquet-style meal.  Campers are recognized for special achievements and graduating campers are honored with stories of their tenure.  This is also the time for individual bunks to share their “bunk plaques” with the camp. Along with “Call Boards,” these plaques become the memories and character that line the walls of bunks and lodges for alumnae and future campers alike.  Some MCE camps even honor the tenure of their campers with a five- or ten-year plaque which commemorates the number of years that camper or staff has attended the camp.

While campfires are common during the camp season, the final campfire on the last night takes on extra significant meaning.   Campers huddle a little closer together and sing a bit louder.  The feeling of community is strong and campers feel as if there is a bond that cannot be broken.  Oftentimes there is a passing of the torch from the graduating oldest campers to their next year’s replacement.  At one camp the final Campfire ends with a candlelit procession down to the lake led by the longest tenured campers.  Once there they release wish boats and then drip wax upon each of their friends’ hands to seal the memory of a great summer!

When the final morning arrives, emotions are on full display.  Whether you are a full season, half season or two-week camper, it always feels too soon.  Hugs abound, bus notes are given, email and phone numbers are exchanged and plans for the following summer begin.  Thus the end becomes the beginning again . . .