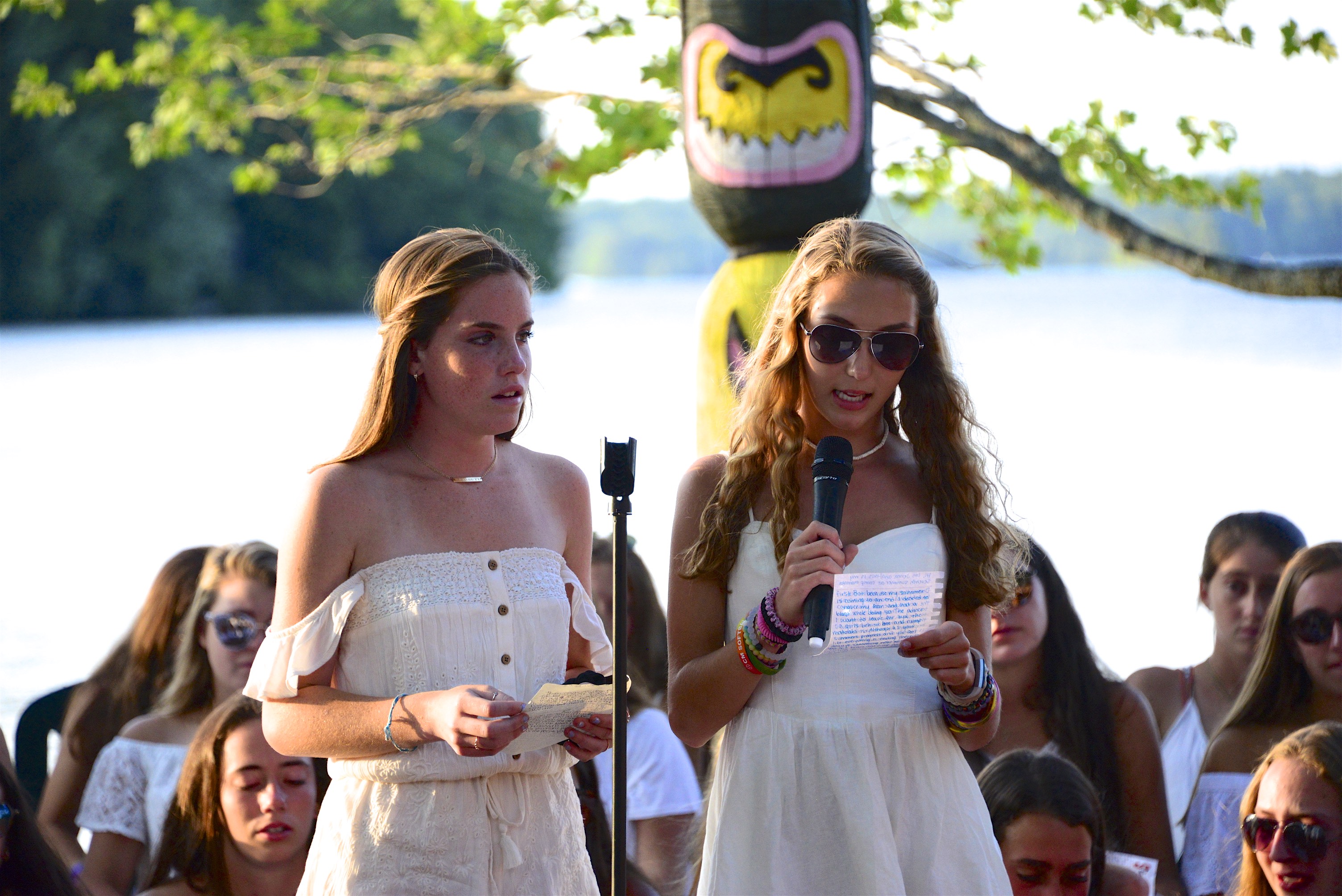 Each year the Oscars represent an opportunity for the film industry to recognize incredible achievements of individuals within their community, and to celebrate these hardworking creative professionals for their excellence.

At Maine Camp Experience (MCE) camps, there is always an emphasis placed on creating a cohesive camp family – but camps also do an incredible job of recognizing campers for their individual achievements and contributions to the camp community. Of course, camps may vary in the awards they give, how they give them, and what they represent – however across the board these are truly special traditions that honor campers and positively reinforce camp values.

At many MCE camps, one of the highest honors a camper can receive is to be named a Color War captain. This is an honor typically reserved for one of the oldest campers, and may be decided by counselors and administrators, or voted on by the campers themselves. A great Color War captain does not have to be the best athlete in camp – instead, this is someone who displays great leadership traits and camp spirit, and can be a positive role model for younger campers.

Other camps have specific awards and traditions dating back several camp traditions – these can be used to honor specific achievements or simply to celebrate those who embody camp values. At the camp I work for, one award given at banquet each summer – one, the Ski Cup, is given to the camper who is deemed the most improved water-skier. This is not necessarily the camper who is the most prolific skier – in fact, it’s oftentimes a camper who begins the summer afraid to ski at all, but through their hard work and bravery, becomes a competent water-skier who learns to thrive on the challenge of the sport.

At another MCE girls camp, the most prestigious award is the “Wishing Girl,” which is awarded to three campers each summer. After the staff have selected the three recipients of this award, but before their selections have been announced, all the campers line up on the dock facing the lake and past Wishing Girls walk behind them. Ultimately, the past winners push the winners of the award into the water – it is a big surprise who will get pushed and a very nice honor for those that are selected. At the closing ceremony each Wishing Girl sits with the Directors and presents a season ending wish to the campers, staff, alumnae and parents that are in the audience – a tradition that has been ongoing for multiple decades.

Other MCE camps have their own traditions – at one, activity specialists honor hardworking campers for excellence in an area over a given week. At another, a new camper is selected is voted on by campers to give a speech at the banquet. And at yet another, each bunk will nominate one or two boys to represent their bunk as a “candle holder” in a camp ceremony, selecting the camper or campers who they feel best embodies the camp ideals.

Honoring campers who embody camp values is a tradition that is embraced at other MCE camps as well. At one camp, campers are nominated for Random Act of Kindness (RAK) awards throughout the summer for performing good deeds – at the end of the session, the camper who has earned the most RAK Awards is announced at campfire and presented with a “U RAK” Award. Counselors at this camp also nominate campers in five distinct categories that align with the camp’s philosophy. At the end of the summer, one girl from the younger age groups and one from the older campers is chosen for each category – 10 campers in total – and these campers are honored as people who truly embody each camp philosophy.

Each MCE camp has its own unique way of celebrating individual camper achievements. No matter how they choose to honor campers, by allowing for individuals to be recognized for hard work, excellence in an area, or living out camp values, these camps create a culture of positive reinforcement, and give campers something to aspire to. After all, a camp community is comprised of the individuals who come together to contribute to camp, and by honoring these individuals, MCE camps create yet another platform to celebrate their incredible communities.

Maine Camp Experience Resources & Tools Looking for the perfect Maine camp for your child?  Try out our helpful tool where you can select a camp by choosing: type of camp (girls, boys or coed) and session length (1-8 weeks).  It helps to narrow down a few camps to a manageable list that includes rates.  Then you can research these camps in more depth.   Next, be sure to contact our Maine Campcierge™ to discuss these camps as well as for free, year-round advice and assistance on choosing a great Maine summer camp for your child. You can share your own Maine camps memories & expressions of gratitude on our Memories of Camp section of our website.