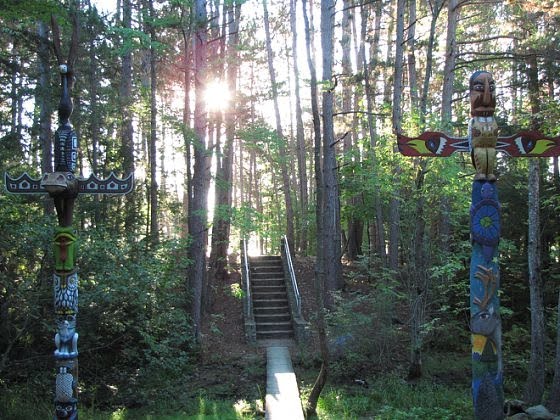 This past weekend, many of us around the country enjoyed Monday off as we celebrated a national holiday. However, while Columbus Day may be marked on the calendar, there is growing support around the country to instead use the holiday to honor Indigenous people, or Native Americans. While this is certainly not the forum to debate the merits of one holiday versus the other – it is definitely the forum to talk about Maine Camps, and there is no denying that there is a strong existing relationship between Native American culture and the traditions that thrive at many Maine Camp Experience (MCE) camps. It is this relationship that I’d like to explore in this blog.

One of the more obvious aspects of this relationship involves the simple names of many bunks at MCE camps, many of which pay homage to the various Native American tribes that once populated the continent. As a camper at an MCE camp, I distinctly remember the names of my bunks – Mohawk, Apache, Onondaga, and Canandaigua, to name a few. To me, naming the bunks after Native American tribes was a nod to the history of the camp, and a history of the country. It encompassed the idea that the land that camp stands on has a history that extends well beyond camp, something that is tied to the land itself, and this is something that was always fascinating to me as both a camper and a counselor.

And on the subject of the land – at camp, there also exists a sanctity of the camps’ grounds, and an appreciation for the nature that surrounds us. At camp, we are surrounded by tranquil forests, picturesque lakes, and soaring, regal mountains. Many Maine Camp Experience camps have extensive hiking or adventure departments, which allow campers to explore and appreciate the stunning natural beauty of Maine. The beauty of Maine’s landscape invites reflection and appreciation, and I have spent many hours overlooking Maine’s beautiful lakes and simply breathing in the natural power and tranquility that they emanate.

This appreciation and respect for nature has strong ties to Indigenous culture. An awe and respect for Mother Earth is a consistent theme across most Native American traditions, and is one that transcends any single tribe. In many Native American cultures there is a spirituality that imbues the relationship between humans and nature – and when we talk about “the spirit of camp,” I truly believe part of this transcends camp’s traditions, and harkens back to the spirit and soul of the land itself.

To go along with a respect for the land itself, another aspect of MCE camp culture also reflects a common theme in Indigenous culture: respect for ancestry and tradition. At camp, we are consistently reminded of those who came before us – through bunk plaques and etchings on the walls, and through half-century old photographs that are proudly displayed on the camp grounds. At the camp I currently work at, they recognize “generations” – campers and counselors whose parents or grandparents preceded them at camp. There is a great deal of respect for the families that have returned to camp summer after summer – some as campers, others as counselors, and others as directors – and there are current campers who represent the fifth generation of their family to attend this specific camp.

As you may know – the respect for ancestors and appreciation for past tribe members is a well-documented aspect of Native American culture, and is one that transcends any single tribe. Just as Native Americans treated their ancestors as sacrosanct, MCE campers and counselors hold a tremendous amount of respect for prior campers or counselors. Homages to those who impacted camp most – including camp founders and directors – are seen throughout the campus, and act as a constant reminder of the respect that camp has for those who have continued to add to its legacy, and those who make it as special as it is.

There is no denying that there is a culture that is specific to camp, and a culture that is often unique to the camps of Maine. The sense of tradition, respect for nature, and appreciation for former campers and counselors all fascinatingly reflect similar aspects in Native American culture. And while my understanding of Native American culture does not begin to capture its nuance, my limited grasp allows me to reflect on the similarities between Indigenous culture and camp, which allows me to further appreciate my love for summer camp in Maine.