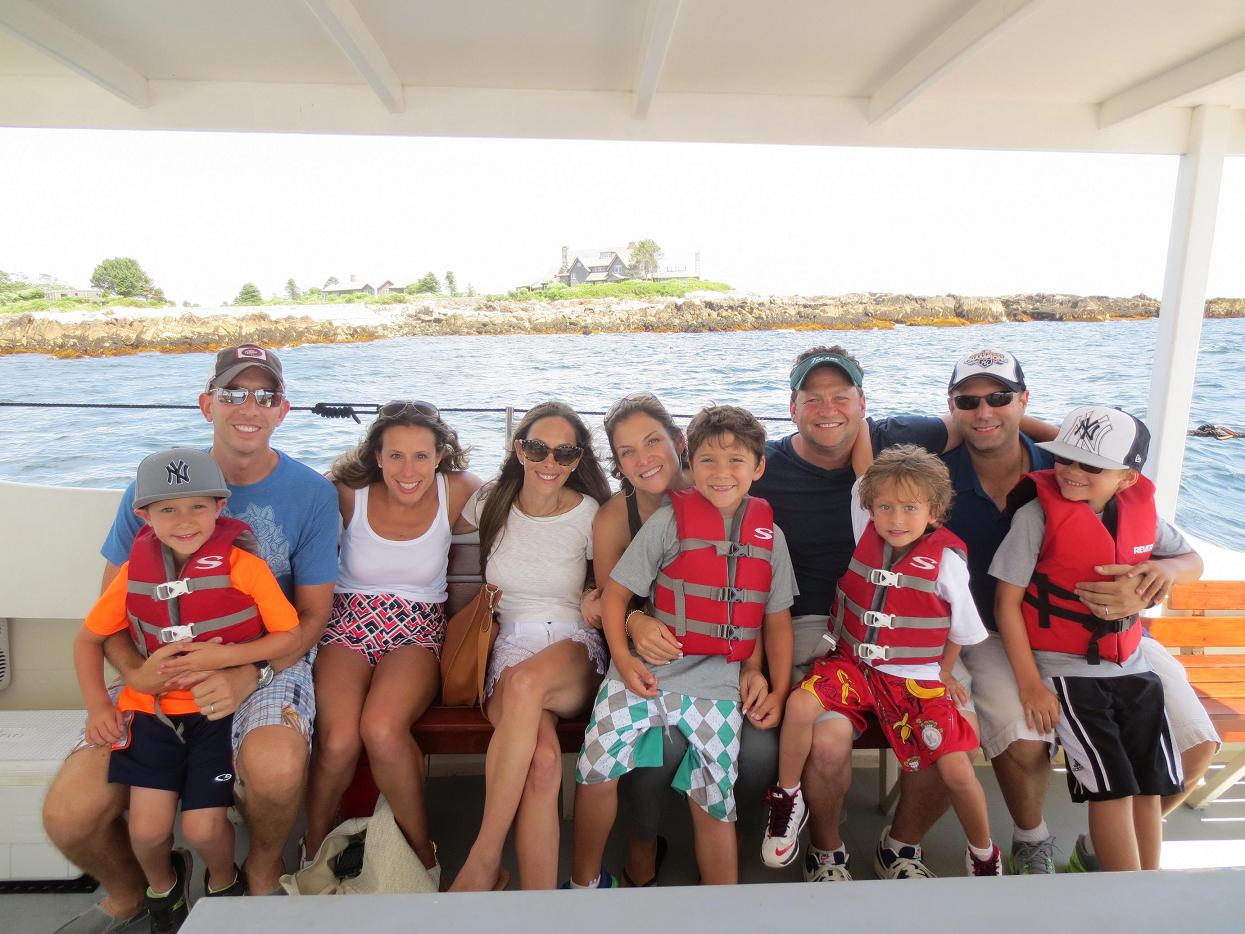 When we first set out to look at sleep away camps two summers ago, my husband and I were coming from two very different places. We both went to a co-ed, down and dirty camp but I went for a few years and he went for nine. Summer camp runs through his veins. When we first met, he told me if he had the opportunity to quit his job and buy a camp, he would sign on the dotted line the next day. Obviously that did not happen.

The first thing we had to decide was if we wanted co-ed or same-sex camp. I didn’t know at the time why I was so insistent on same-sex but I wanted it. I have two boys and thought that is where they belonged. Summers should be easy. It should be about building friendships, experiencing new things and learning to become independent.

The second thing we had to decide is where we wanted the camp to be located. I knew I didn’t want a PA camp. I just didn’t know if I wanted the Berkshires, New Hampshire or Maine. So why didn’t I want a PA camp? I am from Philly. I went to camp in PA. I would say 60% of my town who had kids going to sleep away camp, sent their kids to a camp in PA. Nothing against it. When I went away to camp I knew NOBODY. Not one single person. There is something to be said about camp friends. Friends not from your town, friends you don’t go to school with everyday, friends who you can visit over the winter for a special get together. Friends who share your special times at camp that nobody else can relate to. You can make camp friends at any camp I know this. But the more I thought about it, the more I knew I wanted Maine. Maine has a central airport where children from all over including Florida, Boston and LA are able to fly in from creating a very diverse crowd. This was very appealing to me but I have a partner in crime who I knew was not going to jump on board so fast.

So we talked and researched and talked and narrowed it down. We came up with a list. When we set out that summer I had no idea I would be back at the drawing board several weeks later without a camp picked. Just a decision we wanted all boys.

As much as we were looking for a camp for Zach the 9-year-old, I had to also think about the 6-year-old and where we felt he would fit in as well. Zach is very athletic. If I left him to it, he would sleep with a basketball. It was VERY important whatever camp we picked it was a very sporty camp. But as much as it was important it was sporty, we both wanted a camp only with a lake, major spirit, silliness, adventure and most of all “THAT FEELING” you get when you know this is where you belong.

We started in the Berkshires, made our way up to New Hampshire, and ended up in a Maine summer camp.

Once we got to Maine, we decided to stay a few extra days and make a vacation out of it. I have to tell you, I can’t believe it had taken me 37 years to visit this state. I was in AWE! Just beautiful. I have several friends who went to camp in Maine and I really never understood what they were talking about until I visited. We went hiking, we stayed in the most beautiful place on the coast, we ate lobster rolls and steamers. We found a shack in the middle of nowhere and ate fried clam rolls on the water. It was heaven.

The issue we were having is that across the board (not just in Maine) the sports programs in the all boy camps seemed to be more strongly focused than the co-ed camps. Having an extremely sporty kid, we knew we had to pick all boys.

So the second summer of looking we focused on all boy camps in Maine. The camps in Maine had a spirit of old, rustic simplicity. Instead of placing fancier lights on the basketball courts, the camps seemed to be more interested in preserving the rustic beauty of their camps. Even when they updated to new gaga pits, the camps still seemed to do it in their own gaga campy feel. When we toured the last camp, I knew we were done. You know how you go on a date and something just clicks? There is a chemistry you feel that you had not felt with anyone else before. A feeling you can’t put your finger on but it is there. I think picking a camp is almost like choosing a spouse. It takes time but when it is right, it is right. Sometimes it doesn’t work out but usually it does. Besides everything the camp offered, I witnessed something I had not seen at any other camp. The unity and warmth I saw between all the boys was so special and rare. When you see boys ages 9 through 15 meshing together, the camp is doing something right. I really believe it is so hard to find a camp that has a mix of everything you want. So we signed him up. We booked the hotel a year before visiting day and prayed we made the right decision and moved on with the year.

The day finally came. We drove up to Rye and he ran on the bus without ever looking back. The letters we received reinforced our decision. Letter after letter stated how “this was the best summer of my life”, “thanks for paying” (yes he said that, lol),”I can water ski”, “my group is awesome”.

Visiting day finally arrived. Four weeks had passed so quickly, I couldn’t believe we were going to see him! We decided since we were going to Maine, why not make a trip out of it. I had been craving a lobster roll for a year. Plus, part of the reason we picked Maine was we knew we could always make an incredible trip out of visiting day weekend. My husband is a foodie and there are some ridiculous restaurants in Portland that are as good, if not better, than some of the five star restaurants in Manhattan. It was so nice to have a place to visit that wasn’t surrounded by strip malls. Maine has so much untouched space and so much to see!

We booked a lobster boat for the little ones, went with some old friends and made some new ones!  We ate lobster rolls and had fresh squeezed lemonade in Kennebunkport. We had walked around Portland and crashed. We woke up early to see Zach.

Now after my article about the crazy parents running to see their kids , I was hoping and praying I would not witness or be a part of that lunacy.

Oh was I relieved and so happy!!!

The boys actually wait for you as the cars pull in to camp! 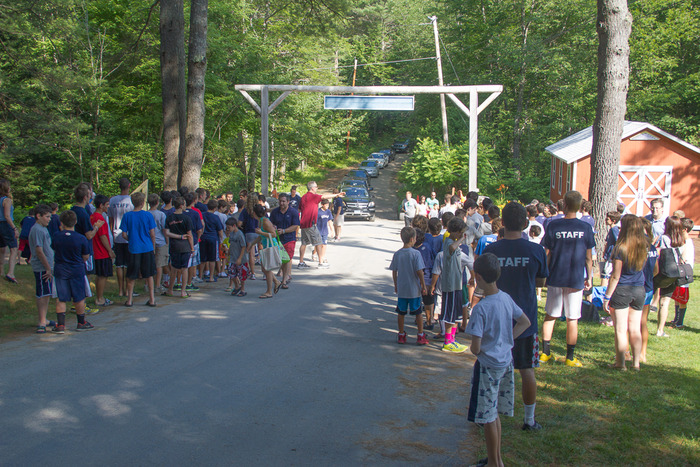 I was grinning ear to ear when we pulled in and saw this is how Zach’s camp ran visiting day. As excited as I was to see Zach, I was just as happy I didn’t have to sprint down a hill with 500 other parents.

We had such an amazing day! One of the most beautiful parts of the camp was the lake. The lakes in Maine are exquisite!! The camp allowed the parents to participate in a lot of the activities during visiting day. I think the highlight was the lake time. 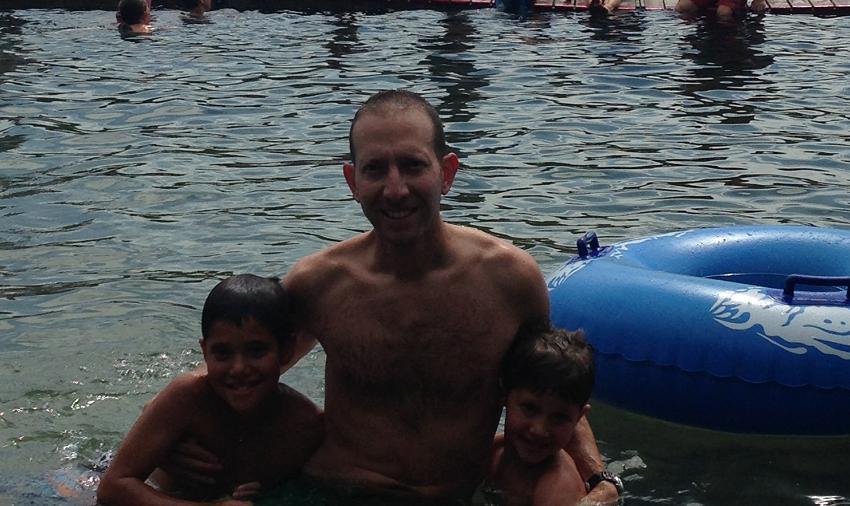 Gaga was a big hit! 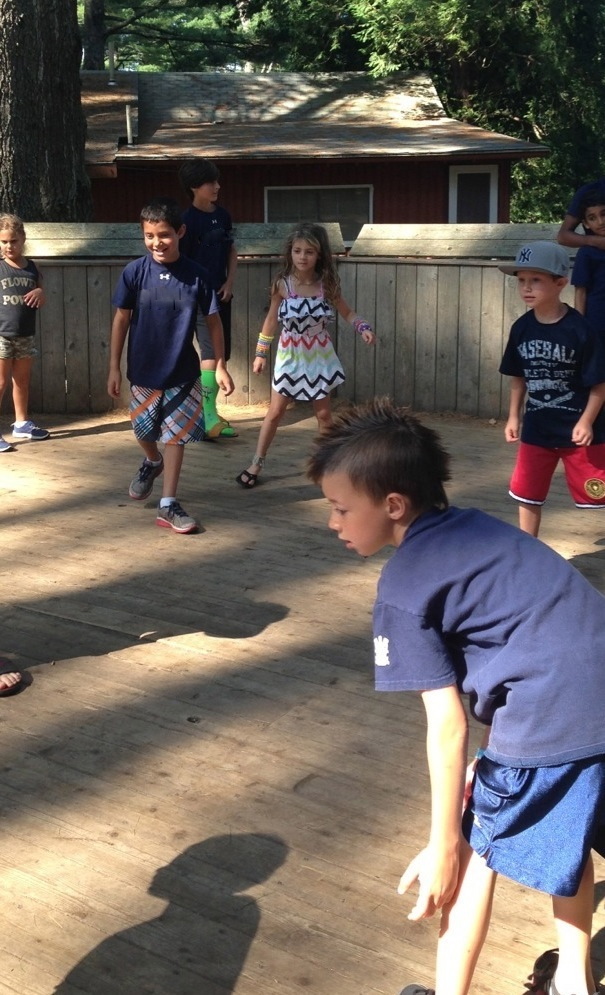 Funny how this game has become a craze in the last few summers. It definitely did not exist when I was a kid! My little one was psyched he got to participate!

We even got to play a game of kickball with the kids! 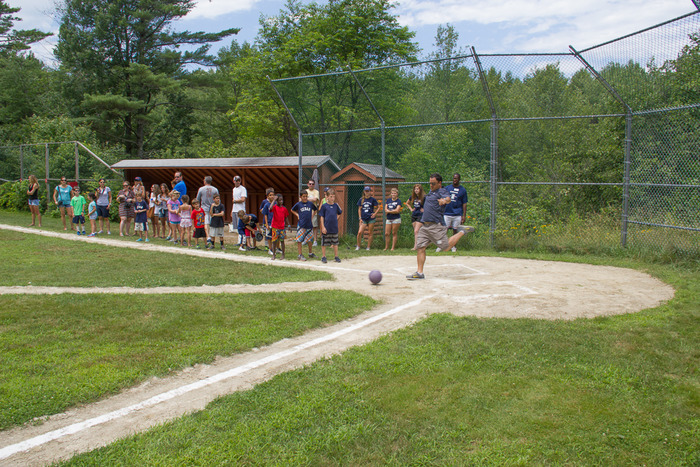 After all these activities, we were starving! They served a delicious lunch of fried chicken and their famous chocolate chip cookies. I loved how you could sit wherever you wanted outside and have a picnic lunch with your son. We sat on the lawn. No chair or tent needed. But there were lots of and lots of picnic benches if we so desired.

Water Skiing, Lacrosse, Tether Ball and Tennis completed our amazing visiting day! The best part was that our little one was allowed to sleep over! All little brothers 6 and up were invited to spend the night with their big brothers in the bunk. We left them at 4 and had the night to ourselves! A lot of the parents after visiting day head over to Rick’s or The Lobster Pound. Nobody told us this, as this was our first summer, so we missed out. But now that we are not “newbies” anymore we will definitely check it out next summer. There is nothing better than lobster on the beach and a cold beer after a very long, emotional day.

We woke up early and headed back to camp to pick up Parker. They were both waiting with huge smiles on their faces. Parker had a great night and did not want to leave his big brother. It wasn’t easy saying goodbye to Zach but he already had a tennis racquet in hand and was ready for his next activity. We will miss him these next three weeks but after spending time with him, witnessing how happy he is with his new friends and seeing how much he has matured in four short weeks we walked away smiling. There is nothing better than knowing you made the right sleepaway camp decision for your child even if it takes two years to figure it out.

Amy Selling is the founder of the blog Lulu and Lattes. She resides in Livingston, NJ with her husband and two boys. One son goes to a Maine Camp Experience Camp and the other son is on his way!