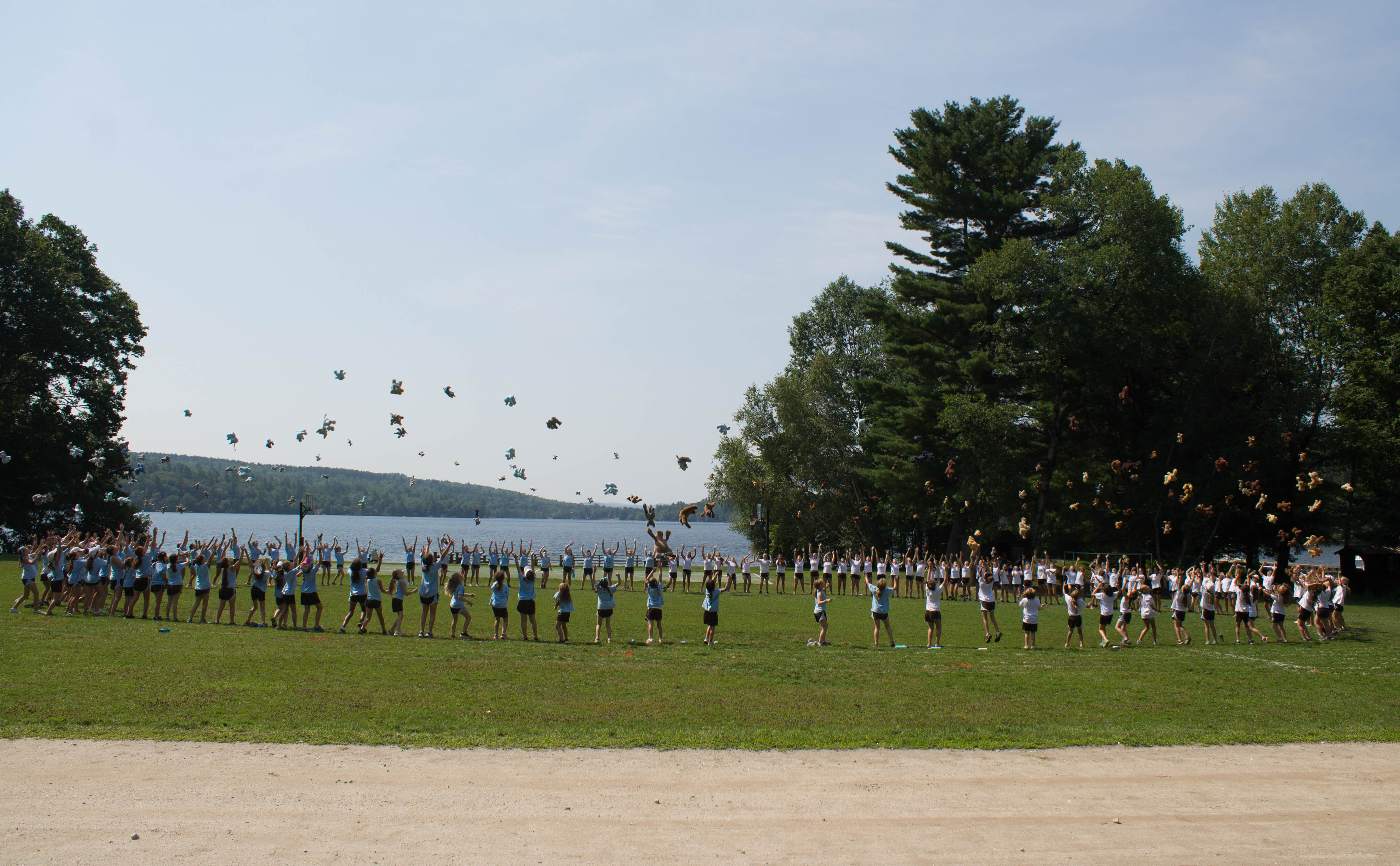 One incredible aspect of many Maine Camp Experience (MCE) camps, is that they do a wonderful job of creating an arc of a summer or a session. Campers arrive and camp begins to ramp up, and then everyone hits their stride. For the bulk of summer there are everyday activities, intercamp and intracamp games, and special events and trips. However, as summer comes to a close, MCE camps also do a great job of winding down and providing closure through special end-of-camp traditions, many of which are summer highlights for camper and staff alike.

At many MCE camps, one end-of-summer tradition is the culmination of Color War. Whether your camp runs a concentrated Color War that breaks out during the final week of camp, or an ongoing competition that lasts throughout the summer, the end of summer is generally the time this competition will conclude. Most MCE camps intentionally end this competition with enough time to allow camp to come together again as one, so that it has its place as just one part of – and not the defining moment of – the summer celebration. The winning team celebrates, but the community comes together again so that everyone can prepare for summer’s end as one camp community.

Different camps will have different traditions when it comes to the end of summer. Some will hold final campfires to mark the occasion, some hold out-of-camp beach days to celebrate summer’s end, and many will have a final meal or banquet – oftentimes highlighted by a lobster or steak dinner – to formally say goodbye to summer. At the MCE camp where I work, the returning campers and staff are tasked with decorating the dining hall for Banquet – we use pine needles, wreaths, tinsel, and other decorative elements to entirely transform the space into a magical atmosphere that is a fitting environment for this special meal. The oldest campers create centerpieces and invitations, and everyone dresses in nicer camp attire in order to reinforce the fact that this meal really is something special.

At the MCE camp I work at, one of my favorite end-of-summer traditions revolves around small “wish-boats”. After “Captain’s Night” – an outdoor dinner hosted by the Color War captains and the oldest campers – all the campers will congregate by the lake. Campers are called by bunk to the water, where they are given a small candle affixed atop a cardboard “boat” – each camper is escorted by an oldest camper as they send their boat into the water with a wish. The flickering lights of hundreds of candles reflect on the water to create a truly stunning landscape, and a visual representation of just what camp means to every camper.

Of course, one other end-of-summer tradition at many MCE camps revolves around the oldest campers who will graduate from camp at summer’s end. Many of these campers have grown up at camp – spending seven or eight years as a camper – and the final days can be incredibly emotional as they say goodbye to the place they call their summer home. At my camp, each age group has a song, and the oldest girls sing their song to the next oldest campers who will be filling their shoes as leaders the following summer, which symbolizes the passing of the torch and their ultimate graduation from camp. Some camps will also do video montages recapping a camper’s time spent in Maine, which will show their many summers at camp and serve as a visual representation of all the growing up that happens at camp.

Two final traditions at all MCE camps are the ones that comes towards the very end – Packing Day and Departure Day. Packing Day is always one of the most challenging days of the year, as staff do their best to help get campers’ items packed neatly into their duffels. Once a campers’ bags have been packed, they are generally able to spend the remaining time signing year books or hanging out with friends and cherishing their final day of the summer. Departure Day generally begins with an early morning, as campers start to trickle out before the sun has arisen. It is always hard to say goodbye, and it is oftentimes a very emotional day with dry eyes few and far between.

And once the campers have departed, and the buzz and chatter of a summer ceases, it is time to say goodbye to one summer and start counting down the days to the next.