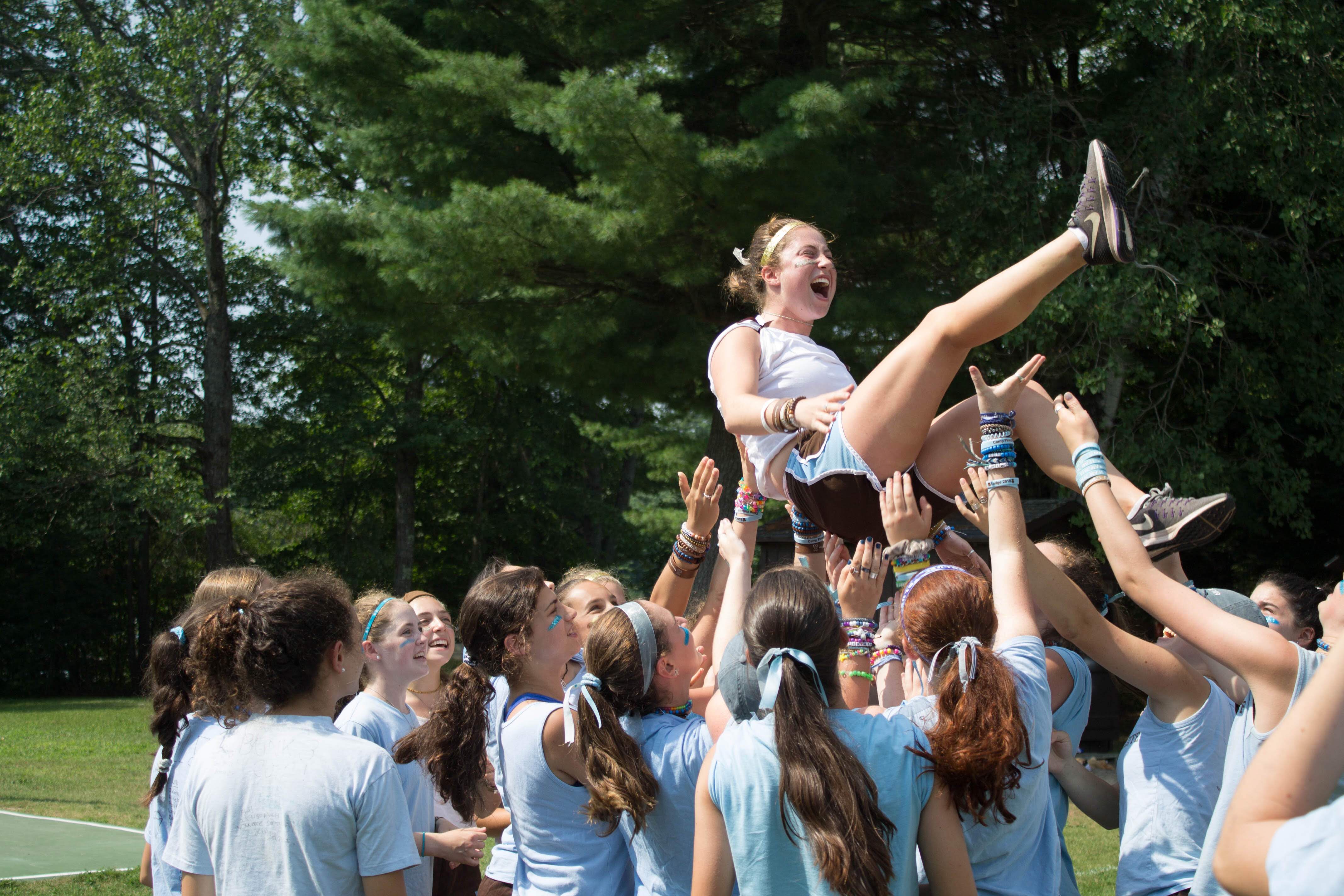 Today, Tuesday November 5th, is a unique day nationwide – National Election Day. We are lucky to live in a country where citizens at large have an opportunity to participate in our government. Today, thousands of Americans will flock to the polls to make their voices heard as they cast their votes for positions ranging from City Council to the Senate. While Maine Camp Experience (MCE) campers may not quite be ready to participate in the US government, MCE camps give campers a lot of great opportunities to make their voices heard. From electing captains to picking electives, campers at MCE camps get a say in what their summer looks like, and learn from a young age what it means to actively participate in a community.

Some MCE camps will hold their own Election Day early each summer, as campers select Color War Captains and other leadership roles for the summer. At my MCE camp, the oldest campers have the opportunity to run for Color War Captain at the start of summer – they give short speeches to the camp, and all returning campers have a chance to vote. The top two vote-getters become Captains, while the third and fourth vote-getters become Co-Captains. Our oldest campers can also run for the position of Honey Bear, who serves as the head of the camp’s Cabinet (which is akin to a student government). These roles mean a lot to campers who grow up looking to the campers who fill these positions in their early summers, and the campers take the responsibilities of Captain, Co-Captain, and Honey Bear very seriously – and all of camp takes the responsibility of voting on these figures seriously as well.

Elected positions at my MCE camp are not strictly limited to the oldest campers. Each age group will also have Landsports and Watersports Captains, in addition to Cheerleaders, for each Color War team. The campers who are elected for these positions take on leadership roles for their teams in these arenas – the Landsports Captains will fill-out line-up sheets before Color War games, the Watersports Captains will help organize the team’s for Color War swim meets and relays, and the Cheerleaders will work on different cheers and songs that are performed for camp. Campers of all ages can also run for the Cabinet, the camp-government organization headed by the Honey Bear. Just like in real politics, a track record of serving in these leadership positions in one’s earlier camp summers helps campers develop the skills they need to successfully lead camp as Color War Captain, Co-Captain, or Honey Bear in their later summers.

Of course, campers have opportunities to express their opinions at camp in ways that aren’t voting for elected positions. At many MCE camps, campers will have the opportunity to dictate part (or even all) of their schedules through camp electives. Different camps will handle electives in different ways – sometimes campers choose an activity they want the day before, or sometimes they choose an activity to participate in for a whole week. Campers might make these choices with their counselors, with the camp’s program office – some camps even request campers make activity selections with their parents before summer. Other camps might have a choice period each day, where campers get to decide during the period which activity to pursue. And of course, some camps will combine multiple ways of selecting electives, so that there are various options throughout summer.

Kids at MCE camps will one day grow up to be participants in America’s democracy – but until they get there, they have plenty of opportunities to participate in the democracy of camp. From chances to vote for camp leaders, to chances to impact their schedule – campers can make their voices heard at camp in Maine!