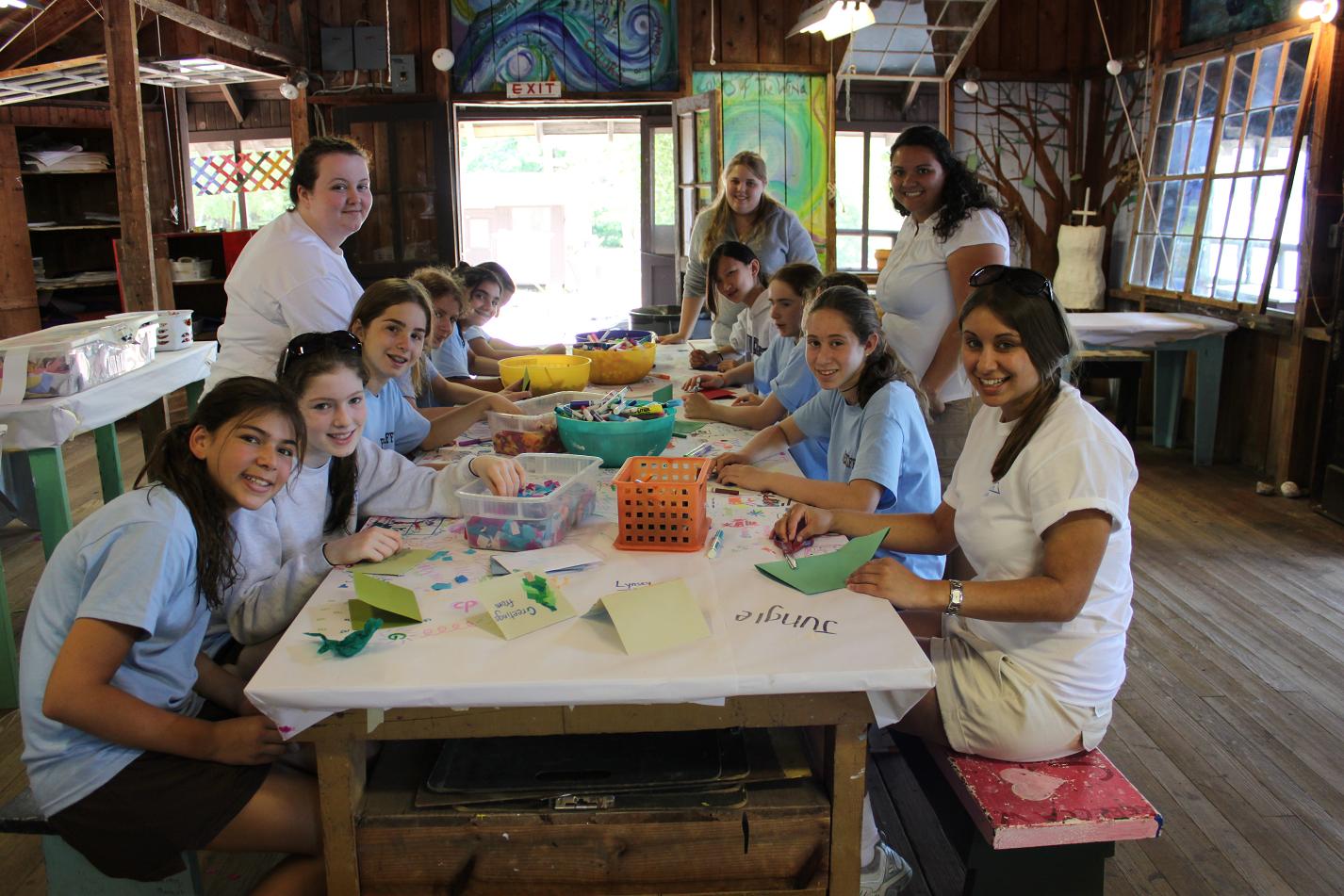 Guest blog post by Maine Camp Experience Member Camp alum, Sara Sherr. She gives some great advice to parents and campers, from a camper’s perspective, about how to fight homesickness.

This particular blog post is very prevalent for me this evening for several reasons. The first is that I’m leaving to drive to Maine tomorrow morning for another summer at camp and my task for tonight will be packing. As a result, I was digging through some drawers that are rarely opened in my family’s guest bedroom, and I stumbled upon a folder I must have used at camp when I was thirteen. Inside were letters from my parents (and one from my Poppi) and a few unfinished letters that I must never have gotten around to sending.

I just had a laugh with my parents over one of them. I was thirteen and trying to maneuver words to suit my advantage. I described the first day of camp as “a frenzy of hugs and hello’s” (which it truly is). I said I thought the no cell phone rule was perturbed. Then I said, I hope I used perturbed correctly. Perturbed means messed up right??

But the no cell phone rule isn’t, as a matter of fact, perturbed (I know I’m still not using it right), because if I had a cell phone and I’d called my parents in 2004 instead of writing to them, I wouldn’t have gotten to relive that moment with them, just now in 2013 in all the clarity with which I wrote it then.

So for the past twenty minutes, I was hurled back to the summer of 2004. That’s what these words have the power to do. Reading my half-finished letters enveloped me into my former state of mind, acted as a time capsule demolishing the laws of time and space. That’s what will happen when you write to your child, or when you receive a letter from your child in the morning when you walk down the driveway to get the newspaper. Think of how exciting that will be.

I’m an enthusiast for the written word, so you’ll have to excuse me if I sound a bit polarized. I won’t lie to you and say your child won’t get homesick, nor that you won’t miss him or her. Nor, of course, that letter-writing can magically solve the problem that your child will miss you, and you will miss your child.

But it can come very close. The more time, detail, precision with which you approach your letter writing, the more your child will, too. Reading someone else’s writing is literally the coziest one person’s mind can get to another’s. I feel closer with my parents because of it. There’s an issue sometimes, in conversation, where people aren’t really listening but are instead only waiting for their chance to speak. This is obviously not the case with letter-writing, as it’s a solo narrative operation. If someone wants to interject into the conversation, they have to write back.

Also, here’s a secret. Absence really does make the heart grow fonder. I can’t really measure how much my friends and peers who didn’t go to camp care about their parents, but I know that when I spent my summers away from my parents, and I missed them a whole whole lot, I realized how extremely lucky I was to have them, I charted and counted and measured all the things I loved about them in their absence. I yearned to hug my mom and to play one-on-one basketball with my dad. I couldn’t wait to show them the amazing lake and the tile I’d painted in arts and crafts. And after I had showed them, these things became so much more special. I knew once my parents had visited me at camp, had found it as beautiful as I did, and were as excited about my water colored tile as I imagined they’d be, that I could be at home at camp.

Could it be possible that that elated, elusive, ebullient moment when I spotted my parents on visiting day and tore through the air into their arms in a euphoric, reckless hug is one of the happiest moments of my life? Could I even go so far as to state that this incredible moment when the two people I’d missed so much had finally emerged into reality and reentered my life made all the homesickness not only bearable, but worth it?

The night before visiting day is perfect. Every muscle and fiber in my body would ache to spring into my parent’s arms and every neuron in my brain was focused on reimagining them. And then when I’d see them the next day, it’d really be perfect. It really was.

As a counselor, when one of my campers was homesick I would sit on their bed and ask them to list for me all of the fun things that they did that day. We are instructed to do this during pre-camp, and it really does work. Sometimes, during downtime, children forget all the fun they had in the day.

The counselors that are hired to care for your children will really, truly care about them. I promise this. I remember once when my bunk climbed Mount Washington and I stood off to the side to let them all in front of me so I could see them all, and be visually reassured at a constant rate that they were climbing safely. That’s how much I cared about them. All my friends cared about their campers this much too. Sometimes, on our days off, we talk about how much we miss our campers. Sometimes I would come back from time off to see that my campers had left me notes on my bed.

Camp is so special. That goes without saying. It’s a cocoon of friendship, love, camaraderie, and tradition. Everyone involved is lucky. Homesickness does happen to be a negative amongst an array of positive benefits from camp. A friend of mine once said that “without darkness, it’d be impossible to see the stars.” This quote seems relevant right now.

Sara is a camper and counselor alum of a Maine Camp Experience member camp-this summer will be her 13th summer at camp in Maine! She recently graduated from college will begin studying for her Masters at Adelphi University in Creative Writing this fall.