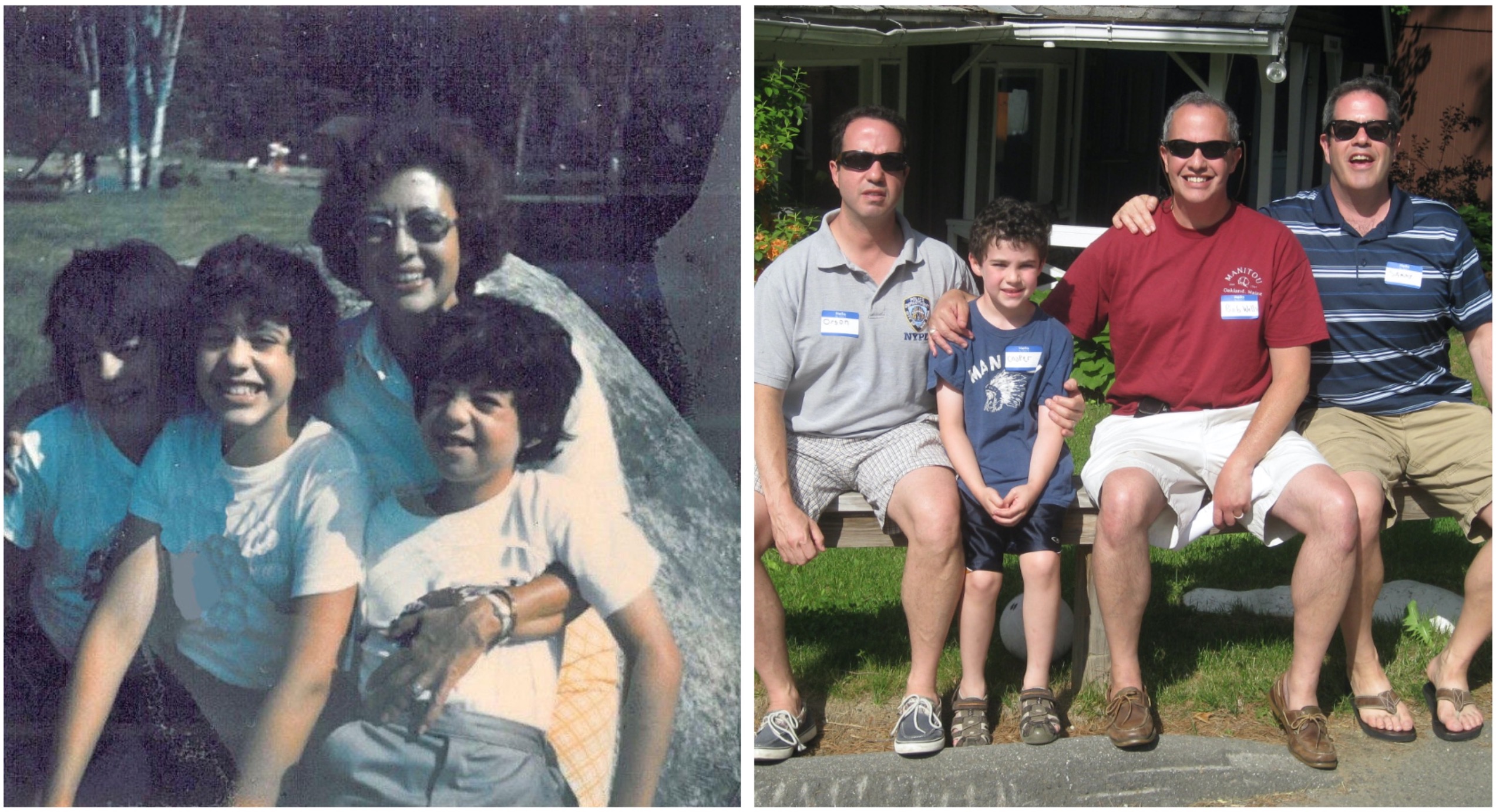 By The Wells Family

Hi, we’re the Wells family. We are proud members of the Maine Camp community and have been involved at our Maine Camp Experience (MCE) camp as campers, parents, CIT’s, counselors, Color War Chiefs, and more for over 50 years. Each of the men from our family who attended our all-boys camp in Maine has shared their thoughts below about camp. While we each have varying narratives, we all share the common belief in Maine camp values and the camping experience, and we are thrilled to be able to pass them on to our sons and nephews.

Since the 1970s, we have proudly boasted about being a part of the unofficial “camp club.” It is this unofficial club that has gifted us with friendships and connections that have withstood the test of time. To this day, our camp friends have remained our closest relationships. They are our brothers in our unofficial fraternity and the only ones who we allow to (affectionately) use our camp nicknames: Tuey, Orson, and Wammy.

“Wammy” Wells (known as Sam, in the world outside of camp) says, “My Maine camp allowed me to be myself, built self-esteem, and helped prepare me for adulthood. Camp provides the environment to thrive regardless of ability. Camp friends become lifelong friends.”

“Orson” Wells (known outside of camp as Jonathan) sent his son Ellis to camp in 2010. His narrative reflects our collective belief that camp is one of the greatest gifts we can give our children. “Unlike my brothers, I went to camp for only five summers. While I developed a passion at camp for photography, which would evolve into my professional career, I regret stopping when I did. I am so happy Ellis had the opportunity to go to the same camp I went to as it has strengthened the bonds I have with my own camp friends who now also have sons at camp.”

Like his father, Ellis, who is now an alum of our Maine camp, says that one of the best things about camp is the people he met and the friendships he made there. “I made so many friendships during those summers that have impacted my life in so many ways. Not only do I consider many of my camp friends my best friends in the world, but also it’s these connections that helped me get my first job. At camp, there’s a very strong network that looks out for each other in ways that other summer experiences cannot. I look forward to being a similar resource to the next generation later on in life.”

“Tuey” (or Stuart) Rifkin, one of the Wells’s closest camp friends, says, “Camp instills a sense of community that you don’t find in a small-average sized family. Learning to compete and win/lose gracefully is a lifelong lesson. My wife Karen was on the fence about camp since neither she nor her brothers had experienced it. She was impressed with the strides our son Joe (who was a second-generation camper) made in his maturity, and how many close friends he made that he still cherishes like his father, cousins, and uncle.”

Bob Wells, started going to our Maine Camp in 1972 after four years at another Maine camp and enjoyed the wide variety of personalities there. Still friends with Tuey, he says that their relationship over the years is what makes a camp friendship so special. Bob’s son Cooper, who started going to camp in 2012  shares his father’s love for camp. And, the connections run through the generations. Cooper’s oldest friend from camp, Cole Rodman, is the son of one of his father’s favorite campers when Bob was a counselor, Larry Rodman. Cooper says his friendship with Cole is special “because of how long we have known each other and because of how long it has lasted.” He continues, “I love going to camp because of the amazing things you get the opportunity to do there.”

Even the Wells’s wives, sisters, and mothers agree. They say “we too are part of the Maine Camp family. We also get to experience the benefits of what summer in Maine can do for a person. The smiles are all the proof we need.”

Camp is more than a one-off summer. It’s a time to grow, try new things, and bond with friends that you will have for the rest of your life. As Bob says, Maine Camp “is the best possible camp for any type of boy. Shy kids will blossom there. Athletic kids will be challenged and less-athletic kids will get to try new sports and find hidden skills.”