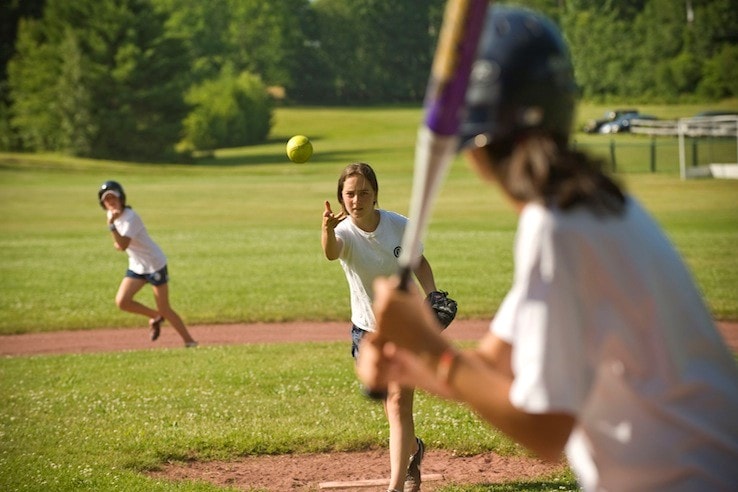 As a counselor, I am grateful for the ability to play a part in this development, and to be able to see these children and teens maturing and growing as individuals. The examples of this behavior are too many to list, but I firmly believe that camp plays an incalculable role in allowing these children to evolve. So how specifically does this maturation occur, and what do camps do to foster it?

Often times, campers who are new to camp can be somewhat shy and guarded. And this makes sense – they are in an unfamiliar environment, oftentimes away from their families for the very first time. They are being put in a position to display real social independence, and initially this can be overwhelming.

However, over the course of a summer or seven, these quiet and seemingly introverted campers can blossom into confident social butterflies. Of course, counselors pay close attention to their campers, and help guide them as they navigate social challenges during their time at camp. Over time, these campers will grow into leaders of their bunks who are capable of making friends, articulating emotions, and settling disputes. They will grow into ready leaders as they learn to advocate for themselves and their friends, hone their sense of humor, and ultimately learn to be socially comfortable in a new environment – a skill that will serve them well throughout their lives.

Pretty soon, the silent camper from day 1 will be constantly chattering, from reveille to taps, with their newfound best friends.

Full disclosure: I am the Landsports director of the Maine Camp Experience (MCE) camp I work at, and so I often see campers through the prism of athleticism. This isn’t to say that the relationships I forge with them are ones that solely exist on the field – but it does mean that I get to witness as they develop skills, and develop confidence, over the course of a summer at camp.

But regardless of the activity – whether a camper is learning to make a left-handed layup, learning to make their own jewelry, or learning to make a tiramisu – campers at Maine camps develop skills that ultimately bolster their competence and their confidence, and often translate to their lives outside of camp. The top-notch instructors at MCE camps are there to aid every step of the way, and as campers progress in a certain activity, they experience first-hand what it is like to work towards a goal and to achieve it. This is a lesson that will aid them throughout their years at camp, and their lives beyond. And as a counselor, there is a simple pride that exists when you know you helped a camper learn a skill, and more importantly, helped a camper feel good about themselves.

This summer, the final contest of color war was a softball game played by the oldest girls. The game was tied, and the potential winning runner was on second base. In the blink of an eye, the ball was hit towards the base and caught, and to avoid a double play this camper slid back to the bag – skinning her knee in the process. She was visibly uncomfortable, and I stopped the game to give her the opportunity to sub out.

She refused. This camper was clearly in some pain, (though obviously there was no serious injury), but with tears in her eyes she simply stated that she wanted to remain in. She was determined to overcome this situation because she was invested in her teammates, her team, and her camp, and she wanted to continue contributing. The very next play, the ball was hit to the outfield, and this camper scored the winning run.

The heart and the hustle that this camper showed was likely not something she could have mustered at the beginning of the summer, and she absolutely did not possess this degree of fortitude when she first arrived at camp several summers prior. However, in that culminating moment, she displayed exactly how much mental toughness she had developed, and was immediately rewarded for her ability to persevere.

This is perhaps the most rewarding element of working at camp: witnessing the development of character and perseverance, realizing how much these campers come to love their campmates and their camp, seeing as they learn to truly embrace the values of honesty and magnanimity that are instilled at these top-quality camps. Any person will inevitably encounter adversity – however, because campers are pushed out of their comfort zone, but simultaneously supported by the infrastructure of these camps, they learn to cope with difficult situations and overcome challenges.

Ultimately, MCE campers will grow older – they will leave camp and go on to achieve impressive feats as scholars, leaders, artists, and more. Camp lays the foundation for development and shapes the characters of each camper that passes through. As for me? I can’t wait to get back, and I can’t wait to see how these campers continue to evolve.