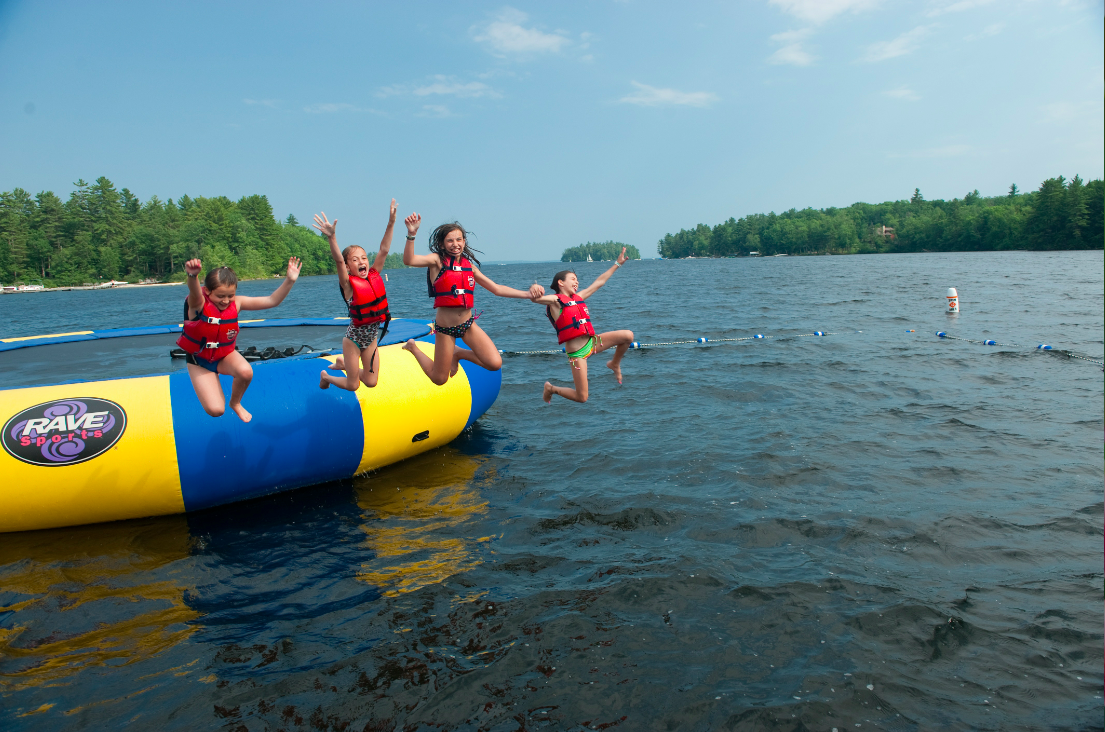 Hear that sound? It’s the sound of computers powering down. Smart phones, iPads, video game consoles, televisions … all turning off for the summer, so kids can get down to the business of being kids. It’s everywhere in the news these days. The New York Times says “the more attuned to others you become, the healthier you become.” Michael Thompson told Psychology Today that for kids at a screen-free camp, it’s a “relief not to have to keep up with every Facebook posting and every text.” The point? Kids in today’s technology-heavy world need to unplug, and camp provides the perfect time and space to do so. Free from distractions, kids can enjoy nature, each other’s company, and really start to discover the person they are going to become.

But don’t take our word for it. Check out this fantastic post from a former camper at Camp Mataponi about how powering down at camp opened her up to a whole new world.

Have you checked your Twitter, your Facebook, your email, your text messages, your Instagram yet today? And once you’ve done that, you need to do it at least fifteen more times within the hour. You wouldn’t want to miss a notification.

This is the reality of today’s technological landscape. In 2013, when you can have every person you might want to talk to literally at your fingertips, it’s easy to miss out on actual real-life interactions. I saw a statistic recently that said the average six-year-old spends about two hours a day looking at a screen. The rest of the statistics are almost too scary to share.

These social media tools are altering the way children today are learning. Children in their most formative years should be outside, using their imaginations, playing in the dirt. The virtual world may possess cool special effects but it absolutely pales in comparison to a child’s imagination. I know that when I was a child I lived in a castle, I maneuvered a tunnel on my elementary school’s playground to become a time machine, and my friend Daniel and I rescued Abraham Lincoln from assassination.

The statistics regarding children and media really got me thinking, and it occurred to me that they couldn’t possibly apply to me since I’d spent every summer at camp, with no access to technology whatsoever. Since I spent two months out of every summer windsurfing and kayaking, playing kickball and soccer, learning to climb a rock wall, there’s no way the petrifying statistic that today’s children will spend 40% of their lives staring at their screens could apply to me. Dan and Marcy (the owners of Mataponi) don’t allow video iPods, computers, cell phones, or any other sort of debilitating technology for that matter at camp. Campers are too busy playing tennis to tweet. In the place of the buzzing distractions and stress of the material world comes real, true, actual friendships. Instead of staring at a screen, the children are looking at the dew on the grass, or they’re watching the sun as it sets over Sebago lake at dusk. This is a joy unmatched by any sort of media, and especially not a computer screen.

If I wanted to contact my parents while I was at camp, I needed to write to them. This is a novel concept indeed for today’s children who may hardly ever put pen to paper once they learn how to type on a computer. This was much easier for me than it was my sister, because I always loved to write, and always knew I was a writer. Campers at Mataponi are required to write three letters home a week, and this was often a struggle for my sister. When it became Thursday or Friday and she still hadn’t met her quota, her Unit Leader would start to put on the pressure and she would send home extremely short letters, much to my parents’ entertainment, that would contain such phrases as “Hi mom and dad. Please send magazines. They made me write to you. Love, Stef.”

In fact, my parents have retained all of our letters in a cabinet in our kitchen – having the ability to peruse through my childhood and relive my teenage musings on my summers is an indispensible pleasure.

My “Sub” summer at Mataponi, when I was fourteen, was far and away my best letter writing summer and certainly helped me hone my story telling abilities (which went well, since I’ve just been accepted to several MFA programs for creative writing). My dad, to this day, quotes a letter I wrote about a time that my two friends Sean, Casey, and I went canoeing during boating and our boat flipped and we had to swim our canoe to shore. He found it hilarious that I was aghast, our counselors were making us boat during boating (the nerve!), and “of course the flipping canoe flipped.”

This is, of course ironic to me now, as I sit in chilly March Pennsylvania weather. If I could canoe out on the beautiful, sparkling Sebago lake right now in summer Maine air it would be an extreme improvement indeed.

My favorite, though, was the letter I wrote the night my division performed “Sing,” that summer of 2004. Sing is a competition at Mataponi between all of the age groups. Each age group writes and rehearses three songs and creates motions and dance moves to accompany them, and the thrill of screaming them in unison to the rest of the camp is unmatched by any thrill I’ve experienced since. We won that year, in 2004, and my letter encapsulates the wild joy that me and the forty other girls in my division felt that night. In my letter I said this, surely, is the reason girls come back to camp year after year, the reason everyone sobs at the last service and while they’re watching the year burn on the last night of camp. This is the reason the traditions are as sacred and as well cultivated as any religious practice at Mataponi. It’s all because of the shared community, the shared consciousness, the laughter and tears and inter-camp sports games and accomplishments and triumphs. We try together, at Mataponi, and that’s why when we succeed it’s all the more wonderful. When a girl falls down, her friends are there to pick her up. Sharing that night with forty girls who I loved with every ounce of emotion my fourteen-year-old heart could handle was an incalculable joy that I get to relive every time I read that letter.

And it’s the kind of experience that a fourteen-year-old girl who spends her entire summer on Facebook will never get to have.