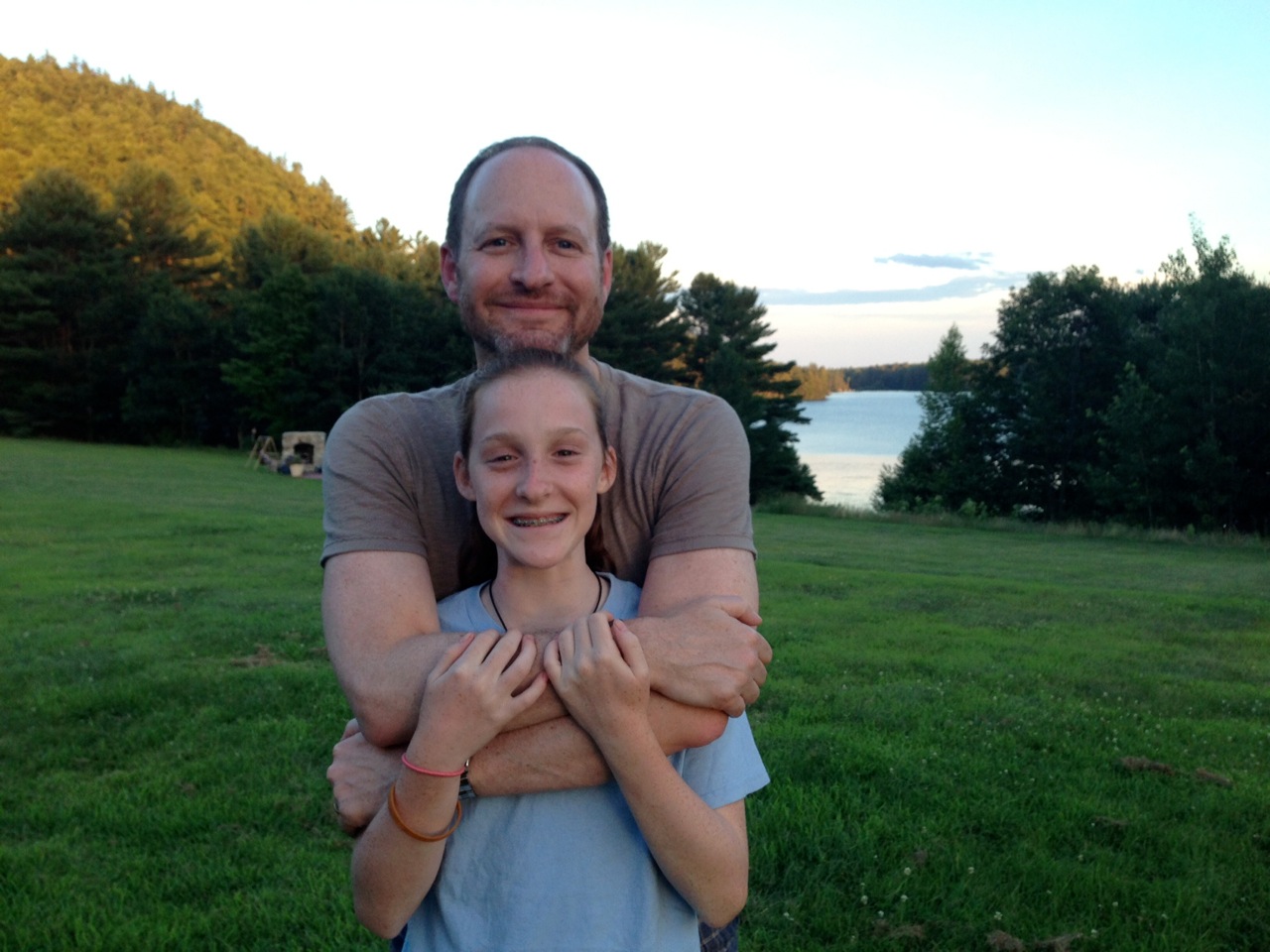 As we look ahead to summer, we thought we’d take a look back with some writers and Maine camps alumni, some of whom are already camp parents themselves! That’s why we were so excited to meet Michael Wolfe, author of the hilarious and insightful blog Too Lazy Too Write A Book. Not only do we love his writing, but it turns out he has Maine camps in his blood. Michael himself is an alum, but for the females in his family, summer camp in Maine goes back generations. And now that he’s a camp parent himself, he has a whole different perspective on the connective power of summer camp through generations. Enjoy his story!

It was my daughter Rachel’s first year at camp in Maine, and I’ll come clean. I missed her for sure … but 7 weeks of freedom from day-to-day parental responsibility? Go ahead and call me a bad father, but I’ll also admit those weeks were the closest I’ve come to freedom since, well, the day before she and her twin brother were born. Drinks on the beach, anyone?

But behind every first-time camper is a first-time Visiting Day parent, and after 6 hours of Friday night traffic, one semi-early Saturday morning wakeup call and a happy embrace with my freckled and sun-scorched daughter, I stood awestruck in front of a crowded wall of photographs upstairs in camp’s Main Bunk. One photo in particular stood out. There was Rachel, smiling in pigtails and signature light blue camp t-shirt, seated cross-legged in the front row of a picture crowded with similarly happy campers (pun intended). I couldn’t help but smile myself. 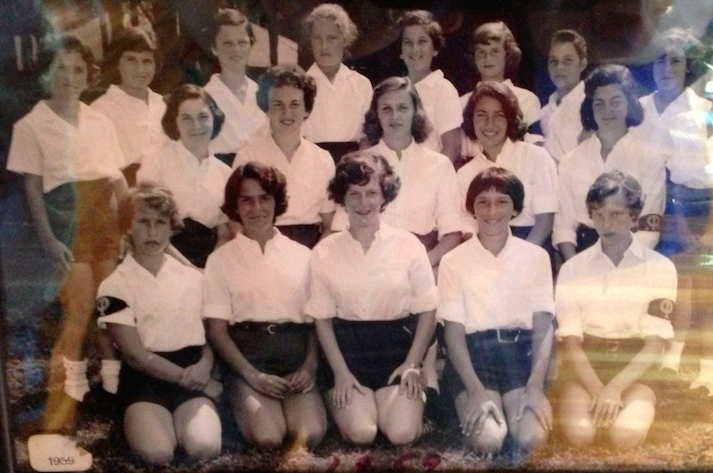 Because the girl in the picture wasn’t really my daughter Rachel. It was actually my sister Sharon, in her first Maine camp summer, way back in 1976. And she was the spitting image of my daughter, identical in almost every way. It was as if Rachel had transported herself back more than 30 years, only missing the feathered Farrah Fawcett hair that the older girls in the picture sported with pride. Rachel’s new camp friends, it turned out, saw the picture one rainy day and were amazed that Rachel had apparently traveled through time.

That summer, Rachel became a 4th generation Maine camper … actually the fifth person of my immediate family to go there. My grandmother was one of their earliest campers, spending a few summers in the 1920’s there and quickly passing on her love for Crystal Lake and all things camp to the rest of her progeny. My mother, my aunt, and my sister all ended up as devoted campers, sharing the common bond of Maine memories and spending the winter months torturing my father and me with loud cheers that rattled our kitchen table. Frankly, it was a little annoying.

I too spent my young summers at camp in Maine, at a boy’s camp. I loved my summers … but I was the first in my family to go there. The camp had a rich history, but the Wolfes hadn’t been a part of it.

When Rachel somehow became the only female member of my family’s next generation, the women in my family sensed that their legacy was in jeopardy and shifted into action. They immediately planted subliminal propaganda in my daughter’s head beginning in her infancy. They covered her in blue and brown blankets (camp colors). They filled her room with stuffed teddy bears and elephants (the camp mascots). They replaced her milk bottles with red bug juice (the camp beverage of indiscernible origin). They sang lullabies to her that sounded suspiciously like toned-down color war cheers (which may also be responsible for her love of “tomatoes”, “potatoes” and “split pea soup”). In the end, her resistance was futile. It was a foregone conclusion that when the time came, she was headed up to Harrison, Maine to carry on the family tradition.
And I was fine with that, although truthfully I didn’t see what the big deal was. That is, until I stared at that photo on that first sunny Visiting Day.

Yes, camp in Maine is what you’d expect it to be. Warm days, cool nights, an inviting lake to swim and sail, activities to fill the time and keep kids on their toes. Camp, if nothing else, is fun.

But to my family, and to many, many others, camp represents something more. Yes, my daughter was truly living in the moment, growing as a person and forming some of the closest bonds of friendship that she ever had. But as I saw the glee in which she found the pictures of her aunt and her grandmother on those walls (even finding what may have been her great grandmother in one faded photo), I realized that camp was giving her something more than just fun: it brought her closer to the women in our family that shared her passion for this amazing place … and she loved knowing that their passions would live on through her. The bunk names, the songs, the traditions…with time, camp histories eventually become family histories. And they all begin somewhere, with one child nervously leaving home one summer day, but returning home with stories and experiences that could last forever.

Eight years later, having completed her run from youngest camper to oldest, my daughter faces her first summer away from camp … which means my wife and I face our first summer with kids back in the house. But that’s OK. I feel better knowing that in my family, a Maine camp summer never really ends. Maybe my granddaughter might someday see her mother’s face up on that wall, while her friends think she can travel through time. And, in a way, thanks to summer camp in Maine, I guess she can.