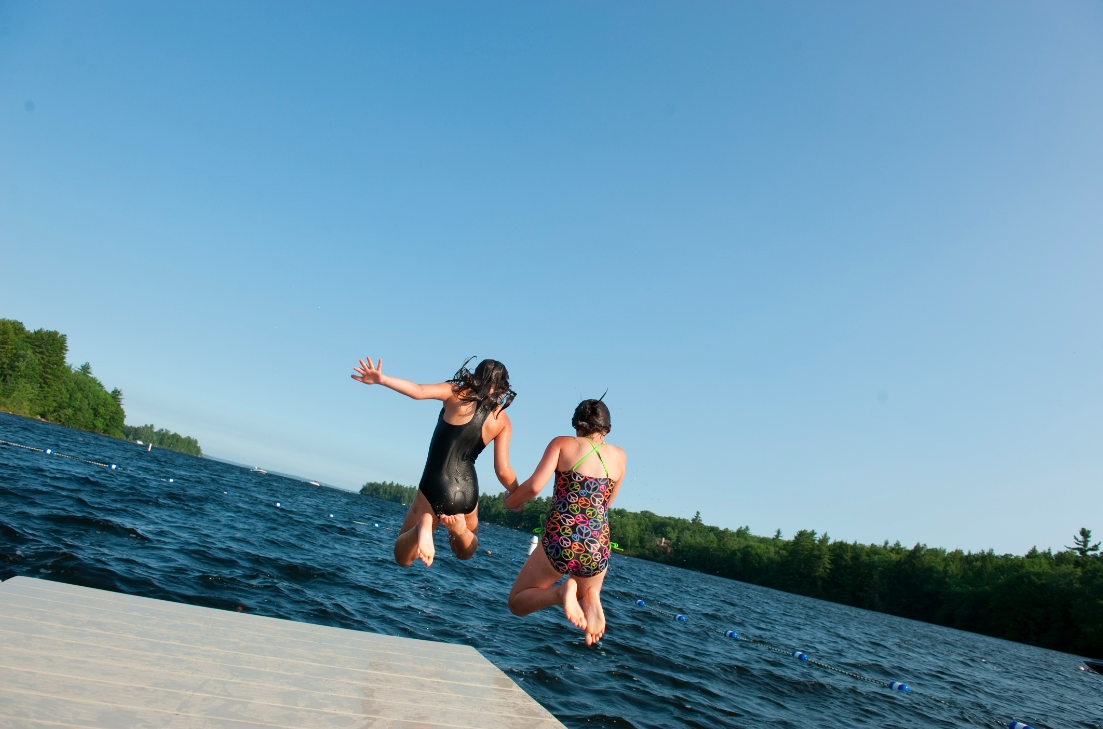 It’s hard to comprehend that it’s December already, now that it’s freezing outside in New York, now that there’s ice on the roads and I can see my breath in the air.  A few short months ago I was wearing shorts and t-shirts. I was kicking a soccer ball and swimming in a startlingly clear lake in Maine, enveloped by love and nature. I was sitting in a circle by a lake during free swim smelling like sunscreen and having fascinating and lively discussions with my campers and co-counselors in our bubble of a camp community.

This past summer I completed challenges on a low ropes course, played and coached ultimate Frisbee for the first time in my life, played more ping pong than I ever have, and witnessed the most stylistically impressive and technically advanced games of Steal the Bacon I’ve ever seen.

I also participated in a lot of team building games that are so unique and were so much fun that our stomachs were sore days later from laughing.  I’m thinking of one game in particular that greatly enhanced my summer. It’s called Dance Wave. Everyone involved stands in a circle, and each person says her name accompanied by an impromptu dance move. Every person in the circle then, in turn, repeats that person’s name and does his best to imitate the dance move.

This game is very fun and I did it whenever possible while instructing an activity. This is only one example of overnight camp’s rare ability to bring people together in ways unheard of in the proverbial “outside world.”

Other examples are the uncontested euphoria in the air on the day that chicken patties are served for lunch (or egg sandwiches for breakfast), the palpable giddiness when color war breaks, the shocking stillness the night of the talent show when everyone suddenly becomes cognizant of exactly how talented the campers are, the camaraderie in the laughter when someone shares a hilarious song or dance at line-up.

Overnight camp is, and I’m sure of it, the only place in the world where large groups of people consistently share in these sorts of activities that are as silly as they are uplifting and uniquely empowering.

I was so lucky to spend last summer living in a dynamic community of individuals who are so inextricably connected in the ways that only people living at overnight camps can be.  I wasn’t just leading sailing expeditions, or coaching soccer games and playing basketball every day before lunch. I was doing all this, but I was simultaneously witnessing the transformation of so many young individuals into confident, compassionate leaders. I was witnessing them come into a sureness about their abilities in life and what they can accomplish when so many people believe in them.  They inevitably come to believe in themselves.

It’s truly, the most earth shatteringly wonderful moment to witness a child stand up on water skis for the first time, master his sailing skills, score her first goal in soccer. At overnight camp these moments are, and I’m so unbelievably grateful for this, as abundant as the blades of grass on the ground.

I know this is a feeling they’ll never forget. I’m seven years removed from my time as a camper and I haven’t moved past this infinite feeling that I draw on whenever I’m instructing an activity or trying to teach a young person to believe in herself.

I’m not the first person to say it, but I’m positive that being a camp counselor for the past six summers of my life has equipped me with so many more life skills, experience, fearlessness and compassion than any internship at a desk could possibly have.

This past summer was a special one for me, as it was my first summer at a different Maine camp than the one I grew up attending.   And I found the camp spirit as vibrant and alive as ever. There certainly is something about Maine, something about the glinting lakes and the spirit whispering in the trees that’s just bursting with “Campiness”: camp spirit, camp traditions, and most of all, love.

The general premise at my new camp was the same as it had been at my last: loud, ecstatic singing, celebration of each camper’s individual peculiarities, and of course the special Maine touch, the feeling of being alive and present in Maine that I don’t feel anywhere else.

It also has something to do with the stars. The stars in Maine burn as bright as the feeling of love and accomplishment in every person’s heart.

As we reach the close of December and head towards the New Year, it seems like an opportune time to look up at the stars once again, reflect on the year that is passing, and now turn our attention to the year and summer ahead.