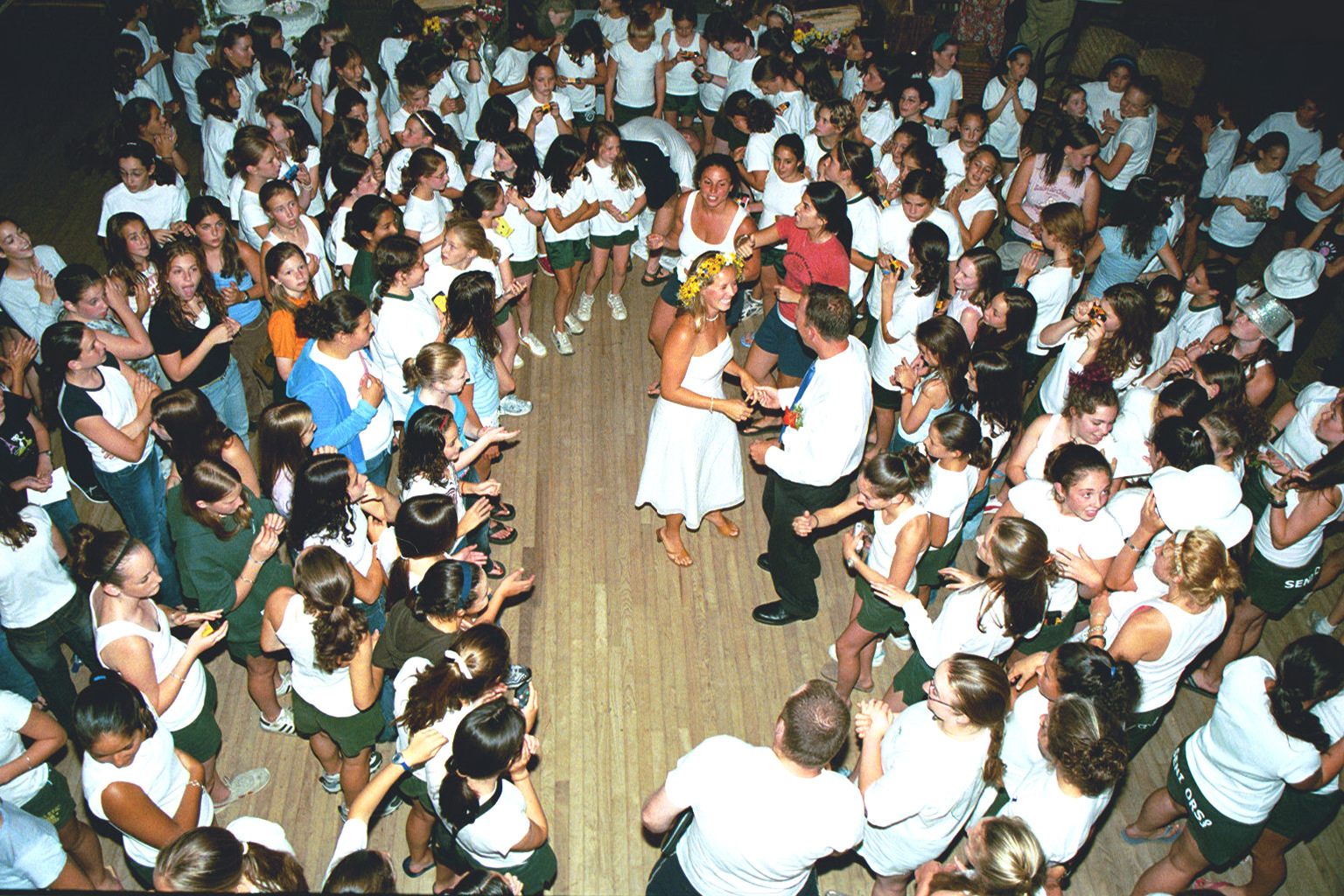 Camp emphasizes human connection in a strong and meaningful way, so it’s no wonder that many lifelong friendships and love connections, too, begin at Maine summer camps.  Maine camps have provided the backdrops for hundreds of relationships – from first kisses to wedding vows, and many Maine camp marriages have even brought couples together across oceans.

MCE Camp Director Matthew Pines (who has his own camp love story) shares, “This is a very predictable, natural and healthy outcome of staff working at camp.  People of about the same age, who obviously share similar interests and passions, who spend a couple of the most intense months of their lives along side each other, with no distractions or stressors of the outside world.  When you marry someone you met at camp, you know you have already seen them at their very best, at their most exhausted and emotional, you know how they will handle life’s curveballs, you know how they treat other people (not just how they say they treat other people) and you know they can step up to the plate at a moment’s notice.  It doesn’t hurt if your wife-to-be is kind of okay with your policy of ‘I was in the lake, it counts as a shower’ either…”

In honor of Valentine’s Day, we present just a few of the real-life camp love stories of some Maine Camp Experience Directors & Leadership Staff.

Jeff Hacker and Karen Prince met at Camp Cedar. She came over from England to see the Grand Canyon and got me as a bonus. We know of about fifteen marriages that have started at Cedar! – Jeff Hacker, Camp Cedar

My parents, Betty and Phil Cobb, met at Camp Wyonegonic (founded by my great grandfather) in 1958. My dad had served in the navy after college and was home and working at his father’s camp Wyonegonic and my mom, a lifelong camper at a few camps, was a trip leader at Wyonegonic. They met that summer and married that December. They then went on to buy Camp Runoia the year I was born … and the rest is history! – Pam Cobb, Camp Runoia

Leslie and I met at a camp social when we were both staff members.  And, the rest as they say is history! – Jason Silberman, Camp Matoaka

Steve and I met at camp. It was my 2nd year and his first year as a counselor. I was part of the welcoming crew as he got off the bus upon arrival at camp. We initially worked together at the waterfront and ended up becoming co-waterfront directors. It was good prep for our future role as co-directors at Kippewa.

Camp Fernwood has over 32 couples who met and married because of camp! – Fritz Seving, Camp Fernwood

Jim and I met while counselors at Camp Fernwood in the summer of 2002.  When the opportunity arose for them to be the directors and owners of Fernwood Cove, we jumped at the prospect.

We got married at Camp Fernwood during the summer on July 18th 2003, in front of 200 campers and 100 staff. – Beigette Gill, Fernwood Cove

(Jill & Beigette’s wedding is pictured above!)

Since we got married, we’ve been to several weddings of camp couples, have hosted at least 4 at camp itself, and I’ve officiated at 2 (I got my notary license so I can do so). – Matthew Pines, Maine Teen Camp