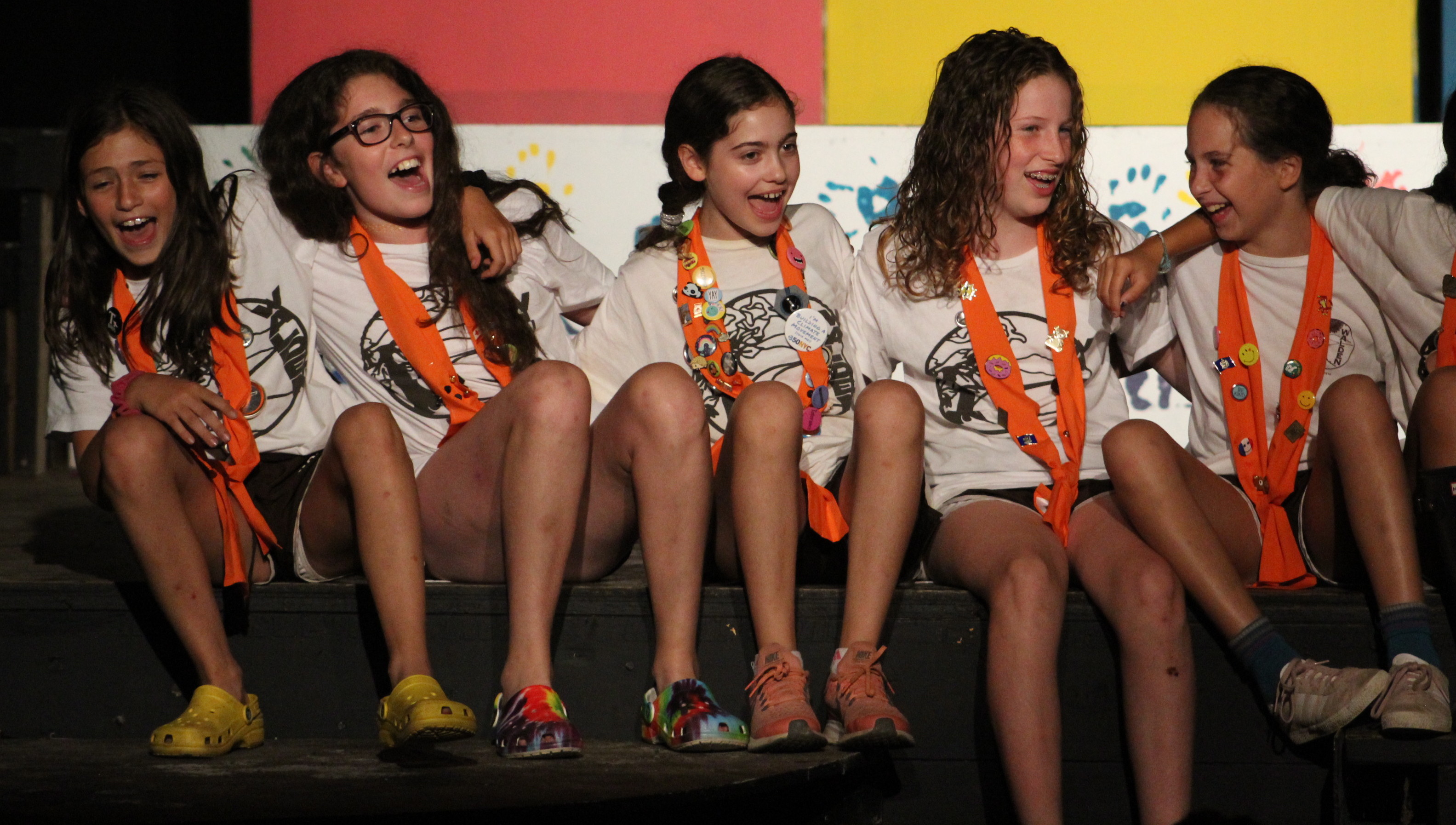 At any given moment at camp, you are likely to hear a chorus of voices break into song for any number of reasons. Singing camp songs is interwoven into the fabric of camp life – it is as much a part of what makes camp special as any Color War, campfire, or special event. Some songs are over 100 years old, while others are being written this very moment – but no matter the song, or the occasion you’re singing for, it’s clear that singing camp songs is one incredible way that camps create a sense of community.

As one Maine Camp Experience (MCE) Director shared, at her camp the girls write songs for almost every occasion. Campers write a song if a bunkmate has a birthday at camp, and then sing it to her in the dining room. At this MCE camp, the oldest girls also write a theme song and a campfire song, as well as an “end song” which they sing to the camp at the end of the summer. They sing songs for trips, songs to start meetings, and songs for the kitchen staff and nurses. They sing songs about working together and songs to mark the time of day – in short, this singing fills the days at camp and really colors the summer experience.

At my MCE camp, there are all kinds of different songs. In addition to some of the examples mentioned above, campers sing songs for specific counselors (sung after someone makes an announcement), and sing assembly songs each morning led by their elected “sing leaders.” There are campfire songs we only sing in the campfire ring, and songs that we sing in the dining hall after meals. There are even songs specific to each age group that the campers sing each day, and which represent their growth through many camp years. It is not uncommon to see younger campers practicing the older campers’ songs as they excitedly look forward to subsequent summers in Maine.

One of my favorite things about camp songs is the way that they tie generations of camp and campers together. The MCE director I mentioned earlier shared that current campers are constantly singing songs written by former campers – and in fact, these are the only songs they sing during their Sunday campfires. Another MCE director whose camp holds a song session each Friday night shared that this session always concludes with the same song – Don’t Stop Believing by Journey – which has been a tradition ever since one group of campers decided to end the session this way decades ago. At my MCE camp, it is also not uncommon for current campers to sing songs written well before they were born; and in fact, the camp songs are an incredibly interesting way to see how camp has developed over the years. For example, in one song a camper leaves camp “at half past one,” and reaches the Bridgton Junction “at the setting of the sun” – which today is a twenty minute drive I regularly make during rest hour!

Of course, you can’t tell the story of camp songs without referencing the many Sing Downs and Songfests that MCE camps hold each year. These events, in which campers write, teach, and perform original songs (oftentimes new lyrics written for existing tunes), are major traditions at many MCE camps. At some camps each bunk will write and perform a song, which will then become a part of the camps’ singing repertoire for the rest of the summer. At many MCE camps, these events are significant part of Color War, and each team will sing to a panel of judges (with many points on the line). I’ll never forget one summer as a camper when the team we were competing against started a new tradition, opting against using karaoke tracks and instead putting together a real band with campers playing guitar, bass, and drums. Needless to say, it was an incredible performance and my team didn’t win the Sing that year.

Singing at camp is a wonderful tradition, and for many camps it is a major part of what makes camp a special place. At camp, you don’t need to be an opera singer, you don’t even need to be able to carry a tune – at camp, singing is something you do because you’re part of the camp family, and it’s a major part of what draws our camp community together.