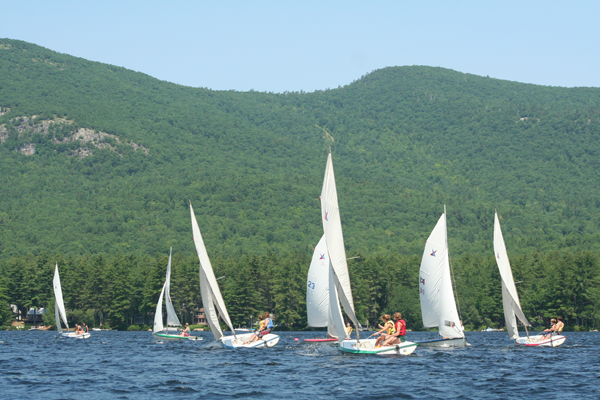 On my return home for the Christmas holidays, my sister and I found ourselves in the basement of our house rummaging through boxes of things that my mother had stored away. Among precious old photographs of when we were younger, I happened to stumble across an old piece of paper, which to my surprise turned out to be one of my letters home from when I was a 12-year-old camper. 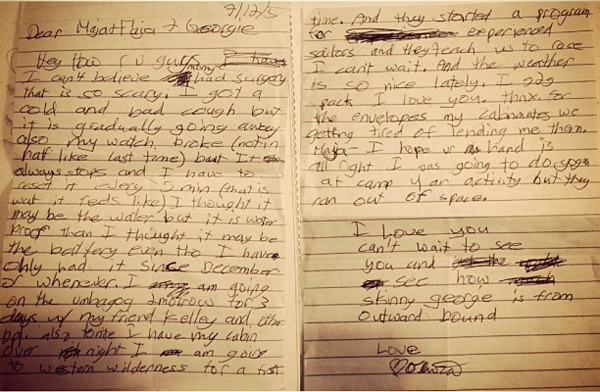 Sitting on the floor of my basement I was immediately transported back to some of the happiest memories of my life: as a camper at Wyonegonic. I laughed at the simple things I had written about, like cabin overnights and advanced sailing, and then realized that nothing has changed. As a counselor, I still enjoy trips as much as I did back then and I now take my campers to the same campsites that my counselors took me to years ago. I also now teach sailing at camp, and I got to teach the advanced sailors that were as enthusiastic about sailing as I was as a camper. I even sent two 12-year-old campers to a regatta, which were some of my fondest memories at camp. The letter I found was hilarious to me especially with the excessive amount of abbreviations and scribbles, but also very comforting because camp hasn’t changed at all; this summer, seven years later, I was still struggling with the broken watch dilemma.

Camp life for me was fun and easy, and most importantly, it was safe. At camp, you could be who you wanted to be, and gladly nothing has changed. This letter was just a small reminder of how much camp means to me now, which is just as much as it meant to me back then as a 12-year-old camper.

So, do you have any old letters or pictures hidden somewhere in your house?